President Biden wasted no time in making good on his campaign promise to restore rights to the LGBTQ community.

Indeed, we were thrilled that this was one of the first matters he addressed by issuing an executive order just hours after his inauguration, calling on federal agencies to revise existing laws to ensure that people are not discriminated against for their sexual orientation and gender identity.

His executive order explicitly calls out our industry, specifying that people should be able to secure a roof over their heads without being subjected to discrimination based on sexual orientation and gender identity. We believe his declaration is a precursor to the Equality Act becoming the law of the land which would make it illegal at the federal level to discriminate against our community in many aspects of life including housing and credit.

As an organization dedicated to empowering the LGBTQ community on their path towards and enjoyment of homeownership, we see this as a major advancement in the realization of our mission.

Thanks to President Biden’s longstanding support of the LGBTQ community during his eight-year tenure as Vice President, we made great strides in advocating, elevating and celebrating our community. We are excited to have renewed momentum in achieving equality under the law for the entire LGBTQ community. 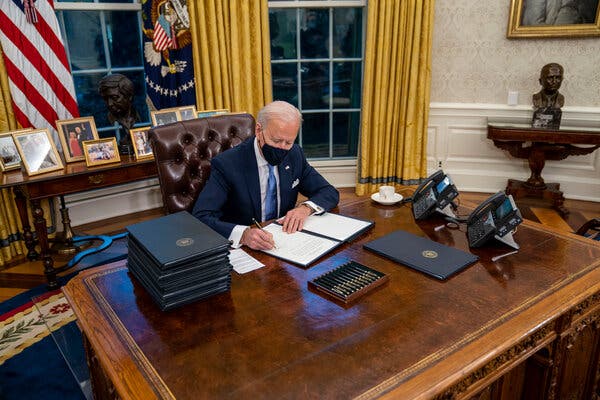